We use first-party and third-party cookies for analytical purposes on the use of the web, personalize the content based on your preferences, and personalized advertising based on a profile from the collection of your browsing habits. For more information you can read our cookies policy. You can accept all cookies through the "Accept" button or you can configure or reject their use by clicking on "Configure". Cookies policy

Like a dollhouse from the 21st. century. Everything has been perfectly designed. Elegance, functionality and comfort, Hotel Sant Roc has become a real temptation for the senses located in Solsona.

Every space is unique, every stay turns into a trip of sensations. Hotel Sant Roc is located in a historical modernist monument from the beginning of the 20th.

Conceived by the prestigious architects, Ignasi Oms and Bernardí Martorell and inaugurated in 1929.

Hotel Sant Roc has always been an architectural gem for the city. With the rehabilitation, the most emblematic building of the modernism of Solsona has been recovered, thus contributing to maintaining the city's rich architectural heritage. 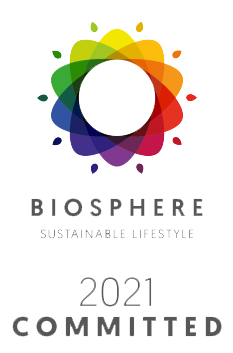 Rooms of contemporary design of minimalist line. Each room has its own personality.
The Hotel Sant Roc has 9 standard rooms.

Room under deck of old treated wood that combines the rustic style with the contemporary style of the bathroom. All of them have been designed by artisans of the region.

Apartments of 30 m2 with a maximum capacity of three adults or two adults and two children.

The Hotel Sant Roc has 2 apartments.

Room under deck of old treated wood that combines the rustic style with the contemporary style of the bathroom. All of it has been designed by craftsmen of the region.
The Hotel Sant Roc has 2 quadruple rooms.

Rooms located under the roof with wooden beams. Each one of them with its own style.

Contemporary and sophisticated rooms. The perfect combination of materials and elements.

The Sant Roc has 6 Junior Suites.

The most romantic room of the Sant Roc, it is a real eye-catcher due to the sensitive decoration and the arrangement of the details.

The low ceiling ensures a very well achieved intimacy in all the spaces of the room.
It also has a hydromassage bathtub with natural lighting.

Rooms of contemporary design, minimalist line. Each one has its own personality.
Hotel Sant Roc has 3 individual rooms.

Romanticism and charm with access to the relax area